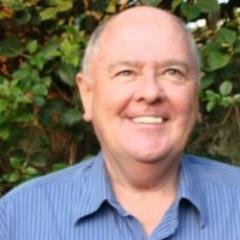 William’s latest political international thriller, Deep Secrets, has just been released by the publishers Writersrepublic. He is also Author of the thriller: ‘Ceremony of Innocence’, Children’s book; ‘Adventures of Isha’ and literary award winning novel ‘Grandma.’

William Salmond is a Scot who has spent most of his working life in Africa. He is an ordained minister of the Presbyterian Church of Ghana. In Twi the local language in Ghana, the minister is called osofo the same name given to a traditional healer.

William Salmond has traveled to many parts of Africa in his work in development and AID where he was the Regional Director of Africa Management for The Elizabeth Glaser Pediatric AIDS Foundation.

William has spent much time in the homeland of tree climbing lions like little ‘Isha’ the lion cub in Ishasha, in the south of Queen Elizabeth National Park in Uganda. There he found the inspiration for his book  ‘Adventures of Isha’.

He is married with three daughters, and grandchildren William, Chloe and Scarlett. William now calls Westport Connecticut in the USA his base camp.

The way to get started is to quit talking and begin doing.

It is our choices, Harry, that show what we truly are, far more than our abilities.

Don’t cry because it’s over, smile because it happened.

Let’s build something together.