Westport knows him as Willie Salmond. He was born in Scotland, lives here,  and has spent much of his professional career (and retirement) in Africa, working first in international development and then in AIDS relief. He is also an author and screenwriter.

As the Coronavirus ravaged the world economy with the yawning chasm of inequality between rich and poor getting deeper and wider, no one seemed to notice the movement south into Africa of swaths of Al Qaeda-hardened committed fighters. It was a unique opportunity to regroup and prepare for the final knock-out blow to the Great Satan and her allies whose economies were already on the ropes.

Is life a game of chance? Or is there a guiding hand? Racked by guilt and shame can we truly be forgiven and find healing and even love?

Money man Winslow Kirk looks for answers to these questions as he steps out of his comfort zone into the heart of Africa in search of his granddaughter Eleanor whom he allowed to be given up for adoption following a tragic boating accident. A threat note from the world’s number one terrorist who is coordinating the threat to Western countries sharpens his resolve. Can he find Eleanor and will she forgive him? After his wife’s death and his own cardiac illness he begins to muse about what really matters.

Willie Salmond is a minister, ordained by the Church of Scotland in his home country. He’s owned a house in Westport for 30 years.

But he’s spent most of his life in Africa.

There were 10 years in Ghana. Seventeen in Uganda. Three more in Zimbabwe.

Salmond worked in international development with farmers. Then he trained Peace Corps volunteers.

His life changed when he was sent to San Francisco, to learn about AIDS. He went back to a camp in Kampala, to run Uganda’s first testing and counseling through a USAID-funded program.

Salmond is retired now. He’s back in Westport, where — during his stints here — he helped coach his 2 daughters’ soccer teams. Now he’s a member of the Y’s Men.

But for 10 days last month, he made a very meaningful return to Uganda.

He met a man and woman who at age 14 had lived in his first AIDS camp. Today they lead their own program.

Recently, Salmond spoke at the Saugatuck Congregational Church. Some parishioners were surprised to learn how grateful Ugandans are for the United States’ $18 million support for antiretroviral drugs.

Learning together at an AIDS program in Uganda.

“Uganda remains a secret place to so many people in the world…I hope that Grandma’s adventures will open up this wonderful new world to many readers.” William Salmond

A year after her husband’s death, Heather cannot just move on; her life is falling apart. Her son wants to take her to a life care facility to spend the rest of her life there. But does Heather need protection? Why is George treating her like a child?

William Salmond’s Grandma is a captivating narrative of a woman who has lost hope until she receives an urgent letter from her granddaughter on a voluntary mission in Uganda asking her to come to her rescue.
It’s also an honest account of life in northern Uganda; of a former child rebel who returns from the bush too shocked to speak and how the warmth of his folks (not necessarily his kin) helps him find his voice and smile again. It’s about a people living in hard times but who act with courage and compassion and find true happiness.
Grandma is realistic fiction that serves didactic purposes; helping us to reflect on how best to use our prime of life or how to live in accord with one another. The author’s idyllic treatment of Uganda’s natural endowments is remarkable considering he’s Scottish.
Here’s how he captures Heather after landing at Entebbe airport: “She stood for a few moments at the bottom of the steps and looked over the vast expanse of Lake Victoria, the fabled source of River Nile, and the ultimate prize of all nineteenth century explorers…”
From the old jalopies on our roads to the stretches of green shrubs, the buffalos by the Nile and the vast expanse of the sky and the myriad stars hovering above us, Salmond lyrically depicts the country as generously gifted by nature. In the novel, you meet sunflowers “bowing in prayer”. You literally taste a traditional concoction that heals arthritis called “The Devil’s Claw” and the “Philly Soup” made from the bones of fish and named after the late musician and HIV/Aids activist Philly Bongoley Lutaaya.
Oil, a recent discovery, gets a mention too. One of the searchers, Hans, is not interested if it’s going to result in better schools and hospitals; he only wants to enrich himself.
Heather observes: “Oil and minerals are bad news. They create too much greed…oil discovery could turn this paradise into an industrial wasteland.”
The author creates many heroes yet manages to remain transparent. The plot is uncomplicated with every chapter ending in suspense. He writes simply but colourfully; a style that reminded me of the works of John Steinbeck, especially Of Mice and Men.
In acknowledgement, Salmond notes: “Uganda remains a secret place to so many people in the world…I hope that Grandma’s adventures will open up this wonderful new world to many readers.”
It sure did for me. With only 91 pages, I read the book in four hours and again and it was a smooth, funny, instructive and overall terrific read that by all accounts deserves a place in your bookshelf.
Sunday Monitor, February 1, 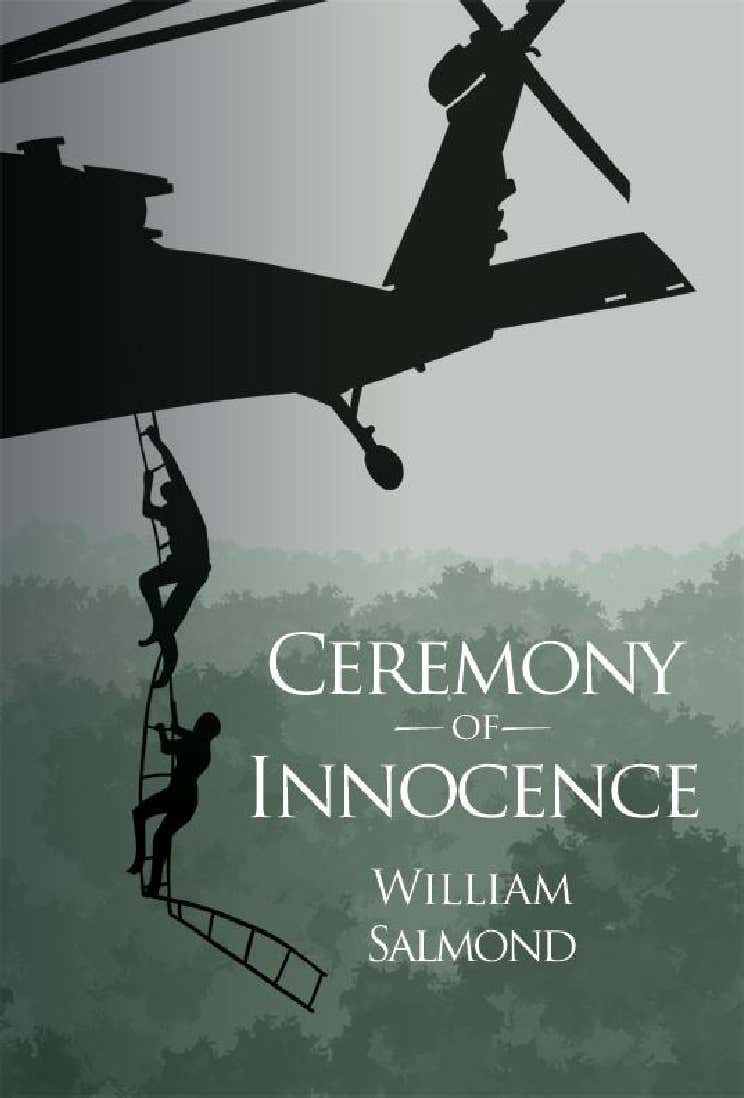 If you are looking for an adventurous read, look no further than William Salmond’s Ceremony of Innocence. The protagonists face challenges that could only happen somewhere as diverse, perilous and magnetic as Africa. However, finding love can happen anywhere and this is, at its core, a love story. Mr Salmond draws on the Bible, commercial progress, poetry, real life, Africa and relationships to develop twists and turns that make The Ceremony of Innocence a compelling read. The title comes from Yeats’ “The Second Coming” and I certainly look forward to the sequel! All in all, a sterling debut.

FOR more than 20 years, Uganda has been fighting the valiant fight on AIDS. Looking back, I recognise that prevalence dropped from more than 20% in 1990 to around 6.4% today. Awareness is high. Strong messages, from â€œAIDS killsâ€ in 1989 to todayâ€™s â€œget off the sexual networkâ€ are well-known.

Effective preventive medicines are available to dramatically reduce transmission of HIV from a mother to her child. And antiretroviral therapy is now available for women, men, boys and girls. Yet, despite these many victories, today we are in danger of losing this fight.

FROM his dressing to his office gear simplicity is a mark on him. William Salmond is down to earth and fondly refers to simplicity as a virtue of life.
At a tender age he started out as a butcher and delivery boy using a bicycle and a big basket as his tools.
Salmond vended newspapers on the streets and worked in a brewery and Parks Department during his school holidays.
Wearing a checked shirt and marching pair of Khaki trousers he strolls in his office holding a newspaper magazine which was published in 1991.
The lead story in the magazine was of the wife of Paul Michael Glaser, a Hollywood movie star. Elizabeth Glaser who was infected with the AIDS virus during a blood transfusion in 1988, unaware she passed it on to her children.

From her tragic story she spearheaded what became today’s Elizabeth Glaser Pediatric Aids Foundation operating in several countries including Uganda.

FIFTY percent of the children living with HIV get the infection from their mothers. William Salmond, the country director of Elizabeth Glaser Pediatric AIDS Foundation, revealed this during the pediatric HIV/AIDS advocacy meeting at Hotel Africana recently.

The Elizabeth Glaser Pediatric AIDS Foundation has since 2000 worked with the health ministry to promote PMTCT programmes using nevirapine and other complex regimens in health centres, William Salmond, the country director, said.

Salmond says: Training has been carried out on collection of dry blood spots for HIV and DNA PCR testing of infants to find HIV-positive children early and refer them for care and treatment.

THE British Broadcasting Corporation (BBC) has shot a documentary of a 12-year-old Ugandan girl living with HIV/AIDS.     Titled A Survivors Guide, the 30-minute documentary is about the life of Annabella Asasira from Kabale district and how she is coping with HIV in a rural setting.